How Googles New Search Algorithim Could Hurt Your Business 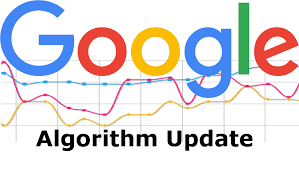 On Tuesday, April 21, 2015 Google made what has arguably become one of the biggst changes to their search engine ranking system in years affecting millions of websites.

On Tuesday, April 21, 2015 Google made what has arguably become one of the biggst changes to their search engine ranking system in years affecting millions of websites.

Websites that are “mobile-ready”, meaning they are easy to read on a mobile device, will now be given preferential treatment in the Google search algorithim. Sites that haven’t been updated could find themselves ranked way lower, which in turn could mean a huge loss of business.
With the algorithm change, USA Today notes that: A website ranked No. 1 or No. 2 in a search query could hypothetically fall to ninth or 10th place, causing a loss of thousands of dollars in potential business, says independent analyst Greg Sterling.
The update will not affect results from tablet or desktop searches.
Google Warns Website Owners
Google is known for making frequent updates to their search algorithm, but this is considered by some experts to be its most significant change in many years. Most changes to the algorithim have been historically kept a secret with only Google employees “in the know”.
In an unprecedented move, Google warned website operators in February that the algrithim change was coming and even helped website owners with tips on how to make their website smartphone ready.
On the Google Webmaster  Central Blog for April 21, 2015, Google stated: “As we noted earlier this year, today’s the day we begin globally rolling out our mobile-friendly update. We’re boosting the ranking of mobile-friendly pages on mobile search results.”
“A lot of sites have been racing to beat the clock on this issue,” said Mark Ballard, director of research at Merkle RKG, a search-marketing firm.
Google Seeking More Mobile Clicks
A Google company executive said at a conference last year that searches from mobile devices were poised to surpass searches on personal computers. Google advertisers typically pay less for clicks from phones, because they don’t lead to sales as often. So, Google will benefit from higher pricing on click throughs if developers who tailor their sites to look good on a smartphone.   “This should lead to more sales and consequently higher prices for Google’s mobile ads”, said Matt Ackley, chief marketing officer of Marin Software, an advertising technology firm. Advertising accounted for 90% of Google’s $66 billion in revenue in 2014.
Google Competes with Mobile Apps for Revenue
Google also wants more users to surf the Web on their phones instead of using mobile apps. Google sells ads that point to websites, but generally cannot direct searches to content inside apps.
According to a report by Flurry, mobile apps continue to grow, and commanded 86% of the average US mobile consumer’s time, or 2 hrs and 19 minutes per day, while time spent on the mobile web continued to decline and averaged just 14% of the US mobile consumer’s time, or 22 minutes per day.
This data shows that mobile apps, which were considered a mere fad a few years ago, are completely dominating mobile, and the browser is beginning to look like a single application swimming in a sea of apps.
How to See if Your Website is Mobile-Friendly
To see if your website is mobile-friendly, Google has a mobile-friendly webpage in their developers section. Just type in the URL or website address and it will tell you if your website is “mobile-friendly”.
What To Do If Your Website Isn’t Mobile-Friendly
First of all don’t panic. Many of the websites that have been tested including government website IRS.gov do not pass the Google mobile friendly test. So you are not alone. Website TechCrunch found that 44% of the Fortune 500 companies failed the mobile friendly test.
Then follow these steps:
1.- Talk to your website designer first. He or she will most likely have done this for another client already.
2.- Call your local website host. Many have tools in place to transition your website. GoDaddy, the top provider of website addresses and hosting, offers a tool to completely rebuild your website to make it mobile-friendly and charges $1 monthly for the service. Competitor Bluehost has a tool that’s less time-consuming and potentially cheaper. For a one-time fee of $25, it’s goMobi tool builds a smaller, mobile version of your site.
3.- Go to a service like dudamobile for a more robust, yet smaller version of your website, starting at $5 monthly.
4.- Get in touch with a local Web master (try GoDesk and other freelancer sites) to farm out the work, which would probably make the mobile site look more like the original, main site for the computer.