Was Ray Tomlinson the True Inventor of Modern Marketing? 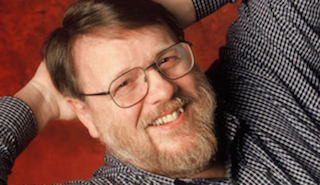 Email was his baby, the biggest cash generator of all marketing channels, and the foundation for search and social media. Marketers, mourn his passing.

Was Ray Tomlinson the True Inventor of Modern Marketing?

Email was his baby, the biggest cash generator of all marketing channels, and the foundation for search and social media. Marketers, mourn his passing.
He removed that nagging, daily stack of mail from your desks and replaced it with an even bigger queue of electronic mail on your desktop. One can argue the pros and cons of physical and digital mail ad infinitum, but one thing all can agree on is that Ray Tomlinson gave marketers an inexpensive, far-reaching, and multifaceted channel whose depths, some 20 years later, they have yet to fully plumb. Tomlinson, the man who invented email, the enabler of a society-transforming communications revolution, died on Saturday of an apparent heart attack at 74.
It could also be argued that Tomlinson left an indelible mark on the modern alphabet. It was he who chose the “@” symbol to connect username with destination address. In 1971, as part of a team of computer programmers at the Bolt, Beranek and Newman Inc. research and design firm in Cambridge, MA, Tomlinson created a network called ARPANET that could transmit text messages from computer to computer. Tomlinson told NPR in a recent interview that he sent the first emails to himself: “The keyboards were about 10 feet apart. I could wheel my chair from one to the other…and see what I had tried to send.”
His first message was not as memorable as Samuel F.B. Morse’s “What hath God wrought?” on the first telegraph transmission. In fact, it wasn’t memorable at all. Though legend holds it was “QWERTYTUIOP,” the top row of the letter keyboard, the content of the first email is actually unknown. Tomlinson is said to have remarked that his test messages “were entirely forgettable and I have, therefore, forgotten them.”
The native of upstate New York earned an electrical engineering degree from Rensselaer Polytechnic Institute in 1963 and went on to MIT, where his masters thesis centered on the development of an analog-digital hybrid speech synthesizer. But it would be in written, not spoken, digital communications where Tomlinson would make his mark on history. He helped develop the TENEX operating system that begat ARPANET and then wrote a file transfer program called CPYNET (changed to the more descriptive SNDMSG by his employers). Email spent its formative years as a discreet messaging device among personnel in government, military, and academia.
Since then, common folk and businesspeople, particularly marketers, have sent usage of Tomlinson’s invention into the stratosphere. The average inbox receives 130 emails a day, according to eDataSource, half of them commercial. That adds up to about a trillion business emails each year. Three out of four consumers prefer to receive commercial communications via email, and two thirds of Americans told the Direct Marketing Association that emails led them to make purchases. The stat that makes marketers’ days, also from the DMA, is that email is the return on investment king (the ROI roi , as it were), ringing up $43 for every dollar spent in the inbox.
Benioff? Zuckerberg? Page and Brin? Where would any of them be without personal, inter-device communications? And where would modern marketers be were it not for Ray Tomlinson? The inbox of your life is full, Ray. RIP.