How to Train your Creativity 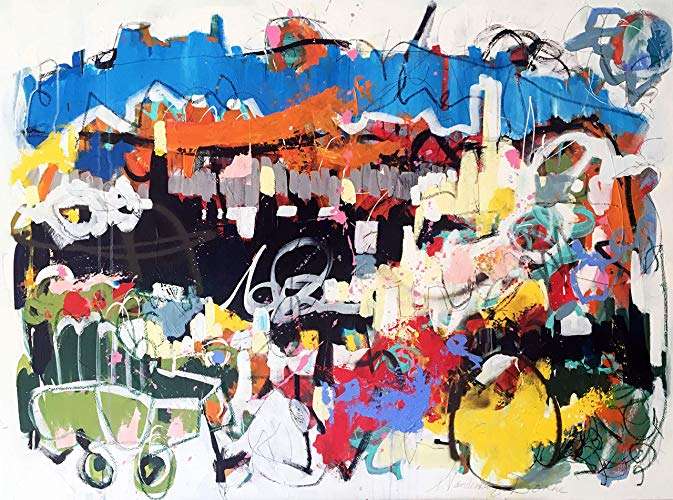 The idea that creativity is a skill that we all have, but that there are people that train it and people that don’t is one I have been learning about for some time. The best way I can describe it is that it’s like running. When you do it consistently, it’s smooth and it flows through you. It takes effort and you have to push yourself but it feels good, and you quickly fall into a routine. You get up and go.

However, when you first start running (or get back to it if you’ve fallen down the exercise wagon, as it can also happen with creativity), that’s when it gets messy. Suddenly, you don’t have the same energy to get up and go. You get too lazy to find that flow again. And when you finally get up and start running you get this horrible itch in your legs that is so uncomfortable and you’re so out of breath you have to stop. Suddenly you get this feeling of guilt for not exercising yourself more often and you hardly wanna go through it all over again tomorrow.

When you don’t train your creativity it’s a pretty similar feeling of discomfort and doubt and feeling like you want to stop because you weren’t made for this. Just like most people say they aren’t runners. Except, humans have always been runners, just like they have always been creative. It was easier back in the day I would imagine because there weren’t cars that made us avoid moving. And, basically, if we didn’t move, we starved.

Well, we can go as far as cave paintings to say that we have always been creative. Except back in the day we didn’t have the internet, social media, Netflix, and other things that would distract us from our creativity. And honestly, society has made it really hard for us to want to be creative. Because after all, we relate creativity to the starving, tormented artists that usually ended up with an addiction, a mental illness, or, worse, without an ear. And who wants to end up like that?

But I have good news. You can live a creative life without having to sacrifice an ear. You can be creative and happy without starving yourself.

Being creative does not mean being a painter, a dancer, a musician or a writer. A creative person is one who creates. One who creates a business, an app, a new way to cure a disease, a new teaching technique, anything. But you have to be willing to put in the work and start exercising yourself.

And as you train your creativity, here are some thoughts that helped me overcome the discomfort and get back on the creative wagon.

Creativity and productivity aren’t the best of friends.

Creative ideas don’t come to you while you are sitting at your desk staring at your computer writing that follow up e-mail. They usually come when you are trying something new, or talking to someone, or walking your dog, or doing something completely unproductive like relaxing. Not while you’re checking things off your to-do list. But that’s okay. In her book The Artist’s Way, Julia Cameron recommends that you set a time once a week to do something ‘enchanting’ (by this she means something playful that will nourish your creativity like planting something, doing origami, or getting a coloring book). She calls it the Artist Date. It doesn’t have to take over your day but try to do it on the same day at around the same time so it becomes a habit and you don’t break it.

If you don’t typically train your creativity, be prepared for some real discomfort. Because with creativity comes a whole other monster that’s called Fear and its best friend Doubt, and they can keep you from wanting to come back. They will probably tell you that you are not good enough and make you question yourself a thousand times. In her book Big Magic, Elizabeth Gilbert gives great advice regarding Fear. She says that instead of fighting them you should make some room for them to go through the creative process. Creativity and fear are a package deal and you can’t have one without the other. Don’t be too hard on Fear, he just acts out of survival instinct.

Be grateful, always. Not only during the moments where you are trying to find creativity but in all aspects of your life. When you give thanks you shift your focus on what you have rather than what you don’t, and it makes you feel more plentiful. So be grateful for where you are, for your job,  for your family, for your employees or coworkers. Be grateful even for the bad things because they helped you learn and grow. Give thanks constantly. After all, if you never give thanks and nothing is ever enough, why would the universe send you anything better?

So, if you’re ready, get your shoes on, tie your laces and start stretching. Be consistent but remember to have fun. Take it seriously but not too seriously. Learn to coexist with your discomfort and fears and start creating something, anything. And most importantly, be grateful for the creativity you already have within yourself.