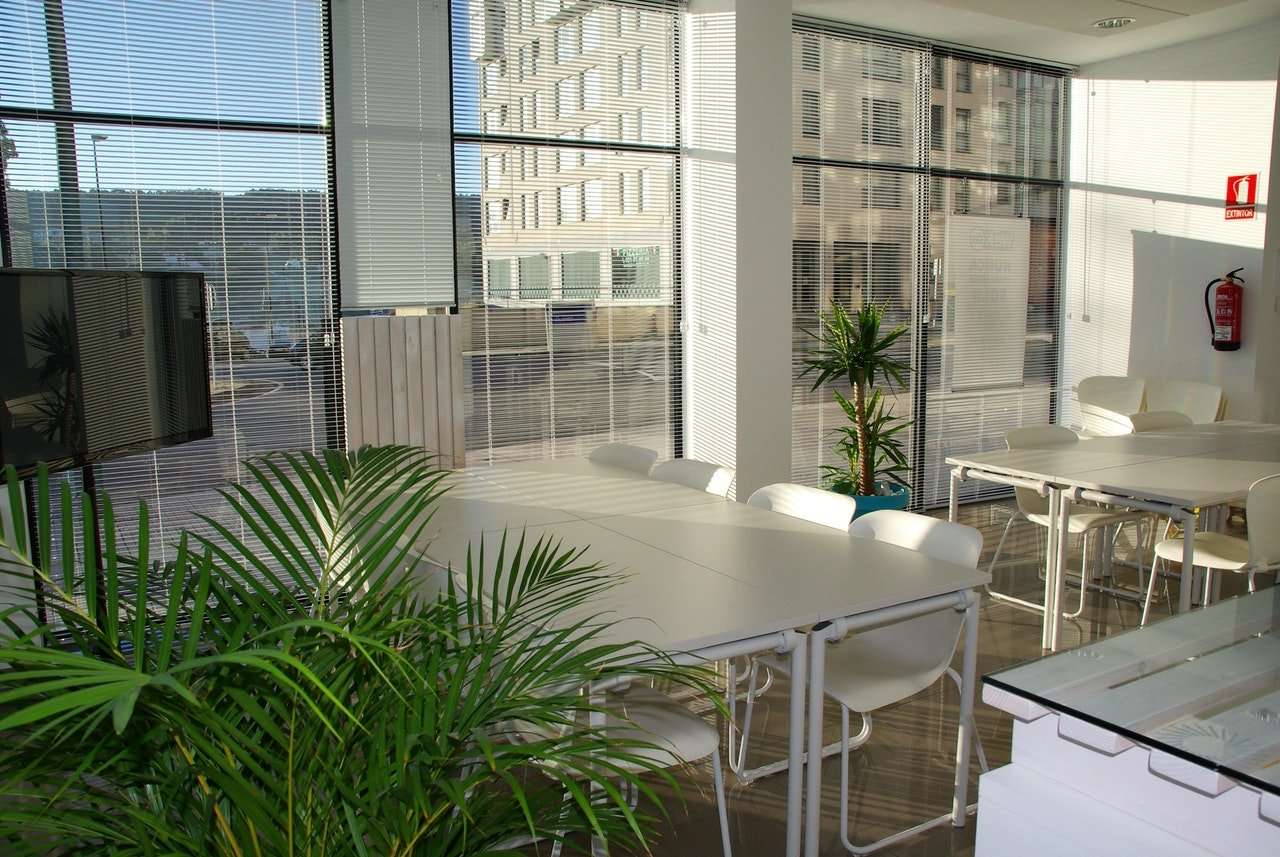 A recent study conducted by Dr. Alan Hedge of Cornell University’s Department of Design and Environmental Analysis confirmed other benefits of natural light in the workplace, including:

Hedge believes that even a mere 2% increase in productivity is the “equivalent of an additional $100,000 of annual value for every 100 workers” earning an average yearly salary of $50,000.

Natural light reduces the need for artificial lighting during daytime hours, energy costs are lowered. This has a positive impact on environmentally-conscious workers who appreciate that their employers are taking steps to conserve energy.

Light, natural paint colors, such as green, blue, and yellow, will brighten spaces and help light reflect throughout the space.

By designing with a focus on daylighting and bringing outdoor elements inside, you’ll create a sunny, productive workplace that is warm and satisfying.

Here are some recommendations for future improvement in the lighting conditions at your workplace:

– Use of overhead lightings in workstations

– Use of task lightings in workstations

Light control increases personal control over the system and allows for autonomy. The current industry trend is manufacturers starting to bring forward lighting systems with sensors and the ability to capture data such as room occupancy, temperature, and humidity (World Green Building Council, 2015). More complicated light control systems can use smartphones to control the lighting in open offices and temperature in small rooms (World Green Building Council, 2015).

However, productivity gain may be significant. It may be worthwhile to implement such a system in offices where the workforce is completing a variety of different tasks, each requiring a different level of lighting, e.g., writing code, analyzing data and reports, liaising with colleagues, taking phone calls or writing reports.  A field study conducted in Albany, New York found that comfort levels among employees increased by 91% in environments with electricity controls (Herman Miller 2016).

Light control systems could reduce costs through the integration of sensors into the system. Sensors reduce costs by ensuring that lights are operational only when the relevant space is occupied (Schnieder, 2015). Additionally, once the system is up and running, the use of smart lighting to group different lighting into centers of control can minimize the initial outlay costs. It is an issue of system design and does not require the renovation and complete overhaul that some associate with changes in light control systems.

Further, in considering individual lighting controls, some may argue that this leads to increased costs as employees will start to use more electricity (Herman Miller 2016). However, this is false. Studies have shown that installations with personal light controls are operated at below the maximum output, putting downward pressure on costs (Herman Miller 2016).

Task lighting seeks to allow lighting to be more suited to a relevant task. It implies the creation of zones, each with their own unique lighting needs (Jepsen, 2003). The cost, time to implement and complexity of implementation all increase when the number of zones created increases.

Task lighting is the most effective where the illumination is between 300-500 lux (World Green Building Council, 2015). The ideal situation for task lighting is a desktop illuminance of 300 lux, with surrounding and background areas having lower levels of light (World Green Building Council, 2015). This draws the attention of the subject to the task at hand.

The recent Nasdaq Workplace Survey stated that employees spend over 30% of their time on average in meetings. Hence, it is worth noting the importance of the correct task lighting in meeting rooms. Diffused indirect lighting is best suited to these rooms, as it creates a warm and peaceful glow to the office (Falzano 2015). This generates a relaxed vibe which is well-suited to meeting rooms (Falzano 2015).